A seven-member Board of Directors governs Dundalk District Credit Union. Each director is elected by the Membership for a three-year term.

The Board is responsible for establishing corporate objectives, policies and performance standards and measuring results.

The Board also hires and delegates authority to the CEO who manages the operations of the credit union.

Email the Board of Directors 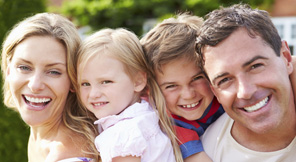 It is the mission of Dundalk District Credit Union to positively transform the member experience through a sound co-operative approach while improving the quality of life in our local community.

Dundalk District Credit Union is guided by its vision of becoming the trusted choice for financial services in our local community.

What is a Credit Union?

A credit union is a type of financial institution with a very important distinction – it is controlled by its member/owners.

These members elect their own Board of Directors based on a single vote per member system, regardless of the size of a member’s deposits or total portfolio. The elected Board of Directors determines the credit union’s policies governing operations.

Globally, credit unions vary significantly in terms of total assets and size. They can range from volunteer operations with a handful of members to institutions with assets worth millions or billions and very large memberships.

As “community-oriented” institutions, credit unions serve their people and strive to be profitable in order to share their success among their membership, often in the form of dividends. Customer surveys have consistently shown a significantly higher customer satisfaction rate related to service quality among credit union members versus bank clientele.

• You own a piece of the credit union – the refundable share you buy when you join makes you both a member and an owner!

A charter was granted to the Wareham Credit Union on April 26, 1943 with twenty charter members – fourteen men and six women.

Two months later, the office was moved to the Co-op building in Dundalk.

In 1945, the name of the Credit Union was changed from Wareham to Dundalk. That same year, Dundalk was the first credit union in Ontario to offer chequing services to members and maximum loan limits were raised from $100.00 to $250.00

In June 1959, Dundalk District Credit Union Limited reached its first million dollars in assets. In the early 1960’s the present day Dundalk office building was erected. In 1986, the credit union installed its first computer system. A night depository was installed in 1990 and we purchased the property at the rear of the credit union building in 1991 in order to provide more parking for members. The McMillan furniture building (south of the existing credit union) was purchased in the late 1990’s to expand the Dundalk building to accommodate additional offices and a boardroom. A drive-thru ATM, debit cards, and on-line banking services were also introduced around this time.  In 2007, the credit union expanded again by opening a second location in the Feversham area.

The credit union was originally formed as a co-operative to assist local farmers by providing credit when needed to operate their farm businesses. Agricultural credit remains a large part of the credit union’s business to this day, but over the years Dundalk has expanded to offer full service to commercial and personal account holders too. Today Dundalk Credit Union serves a membership of over 2200 with assets of approximately $60,000,000.00.